Halle Berry is a beautiful and talented American actress whose style has inspired many fashion conscious women. When it comes to hairstyle, she is never afraid to experiment with it. She knows what suits her oblong face shape and tries new hairstyles to go with it. Her warm complexion matches very well with brown or brunette colors.

Recently she was spotted in short haircut with long asymmetric bangs in front. The shades of brunette looked really amazing. She has been seen in this hairstyle many times. The short straight hairstyle is one of her favorites too. The hair is jagged cut near the head and around the back and sides. These blend together and give the jagged and textured look. She has tried on various colors for this hairstyle, from shades of black to brunette.

Halle Berry strikes a fierce pose as she arrives to "The Final Pitch" from Chivas' The Venture in a black cape-like mini dress and wore her wavy hair pulled back in a messy-chic updo. What a nice combination!

Halle Berry cozied up in a shimmery gold layered halter dress and topped off her look with a tousled medium length hairstyle, exactly what she needs to shine at the Revlon's 2nd Annual Love Is On Million Dollar Challenge Finale Party.

Halle Berry sparkles at the 16th Annual Chrysalis Butterfly Ball as she walks on the purple carpet with an effortless messy updo hairstyle and complete her look with a silver dress, matching a light grey printed jacket that says a lot about her - glamour! 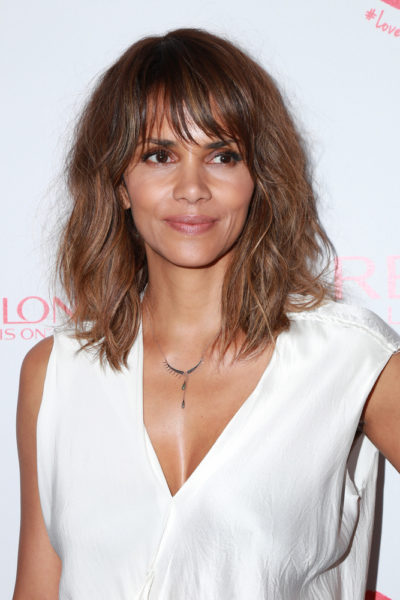 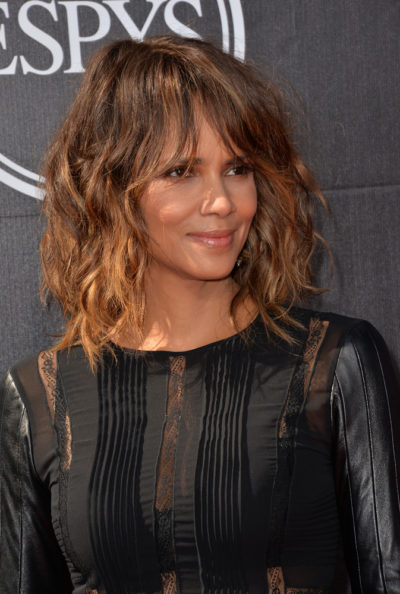 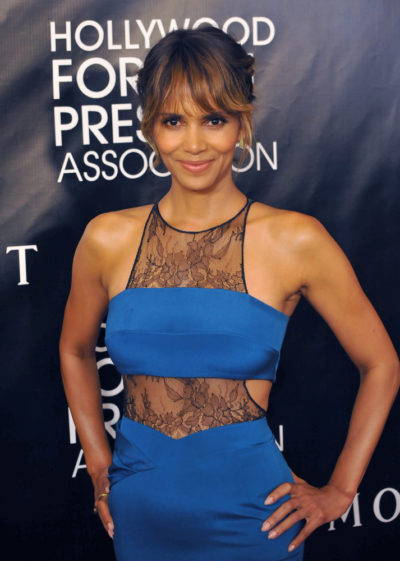 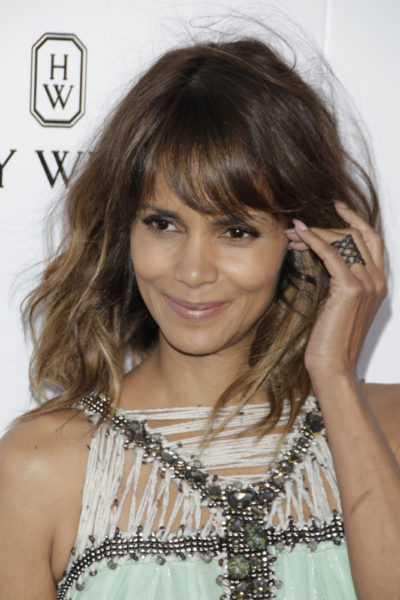 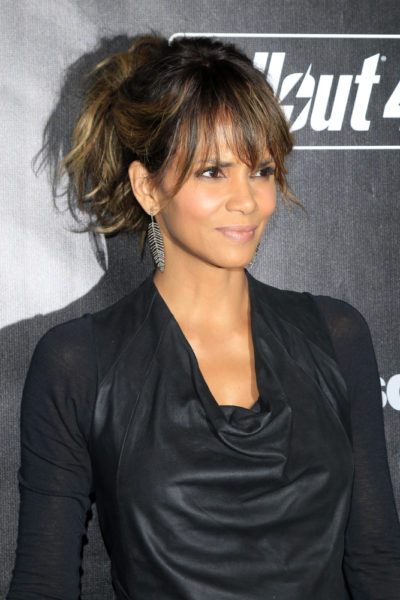 Halle Berry at the Fallout 4 video game launch 2015. Pony-tailed with bangs, she looks very attractive in her cowl neck top.

She looks simple and elegant on her wavy casual hairstyle. She was seen in golden wavy casual style making her look very attractive. In one of the issues of ELLE magazine, she was seen in wavy long hairstyle with the right color to suit her skin tone. The layers of her hair looked awesome. She looks great with straight hairstyle as well. She was seen in this hairstyle in a number of events, including the premiere of a film.

Sometimes she tried bangs with the long straight hairstyle, and sometimes without any bangs in front; just parting the hair in the middle. One of her noted hairstyles was the short curly afro-like hairstyle with highlights. The hair was layered all over the sides and back. It suited her complexion and face shape very well. Whichever hairstyle she chooses, she seems to carry it out so well that it reflects her strong personality.

Halle Berry won a number of beauty pageants before entering Hollywood. She became Miss Teen, got the second position in Miss USA contest and was one of the top 10 contestants of the Miss World competition in 1986.

During the 2000s, she became one of the highest paid actresses in Hollywood. Her noted performances were in films Boomerang (1992), The Flintstones (1994), Bulworth (1998), and more. These were all comedy movies and she seemed to fit in the roles very well.

She won the Primetime Emmy Award for the film ‘Introducing Dorothy Dandridge in 1999. She won the Golden Globe Award as well. In the 2000s, she grabbed some high profile roles in a number of big films including X-Men series, Storm, Swordfish, Die Another Day of the James Bond series, and more. Halle Berry produced many films that she acted in.

Halle Berry was married twice in her life. Her former husbands were baseball player David Justice and singer Eric Benet. She has a son and a daughter. Halle Berry is a very talented actress and we expect to see more good movies from her in the future.