Search
Menu
Search
Check out our huge collection of Jennifer Lopez's glamorous hairstyles over the years. Witness how the singer and actress experimented with her silky tresses complemented with eye-catching outfits.

Jennifer Lopez, popularly known as J.Lo, is an incredible singer and actress who has one of the biggest names in entertainment. However, the fame and success she had attained did not just happen overnight. Being famous for her music and movies, J.Lo actually started as a dancer on the sketch comedy show “In Living Color”. She was part of the live show’s dance troupe for two seasons before she pursues acting.

In 1993, J.Lo decided to become a full-time actress. She has played for smaller roles until 1997 where she starred in a biopic movie “Selena” and finally made her breakthrough into Hollywood stardom.

It was reported that her salary for the film was $1 million making her the highest-paid Hispanic actress in history at the time. The movie also earned her a Golden Globe nomination. In that same year, the actress starred in another hit movie “Anaconda”.

In 1999, J.Lo broke into the music industry and released her debut album, On the 6, which was a massive hit. It contained the single “If You Had My Love” that went platinum in 2 weeks and ultimately went 6x platinum.

Two years later, she released her sophomore album, J.Lo, with hit songs “I’m Real”, “Get Right” and “Play”. The album debuted no. 1 on pop charts and went 4x platinum making her one of the hottest pop stars in the world.

The versatile entertainer is more than a dancer, singer, and actress. J.Lo is also a businesswoman who tried her hand in the fashion business. She launched her own clothing company, J.Lo by Jennifer Lopez, in 2001. The following year, she launched her debut fragrance, Glow by JLo.

These proved that she’s a real fashionista by heart. She has been a beauty inspiration to many. With a body that’s out of this world and a beautiful face that’s complemented with her gorgeous locks, the Hispanic star is indeed a beauty icon.

Now, let us show you the fascinating hairstyles Jennifer Lopez has sported over the years.

Jennifer Lopez parted her short straight hair in the middle for the 2020 Film Independent Spirit Awards on February 08, 2020.

Jennifer Lopez gathered her silky locks into a top braided bun during the 11th Annual Governors Awards on October 27, 2019.

Jennifer Lopez is dazzling in a Ralph Lauren dress and a slicked back ponytail that she wore at the 2019 CFDA Fashion Awards last June 3, 2019.

On May 6, 2019, Jennifer Lopez wore a sky-high ponytail during her concert for NBC Today Show at Rockefeller Center.

Jennifer Lopez looks fabulous in an edgy blue dress that she paired with side-parted waves at the 2019 Vanity Fair Oscar Party on February 24, 2019.

Jennifer Lopez topped her low ponytail with a statement hat at the 61st Grammy Awards on February 10, 2019.

Jennifer Lopez made an appearance at the 2018 American Music Awards last October 9, 2018. She wore a pink halter dress and a messy updo with side bangs.

Jennifer Lopez shows off her super long blonde hair that’s parted in the middle during the 2018 MTV Video Music Awards on August 20, 2018.

Jennifer Lopez chopped her honey blonde tresses and tousled it for a dramatic look during the 2018 Billboard Music Awards on May 20, 2018.

Jennifer Lopez strikes a pose with her eye-catching dress and a slicked short hairstyle at the 2018 Metropolitan Museum of Art Costume Institute Benefit Gala last May 7, 2018.

On May 2, 2018, Jennifer Lopez was seen at the NBC Universal Summer Press Day in a white turtle neck dress and a loose wavy hairstyle accentuated with highlights.

Jennifer Lopez wore a Jaguar print dress and a twisted top knot during the ‘World Of Dance’ FYC Event on May 1, 2018.

On April 24, 2018, Jennifer Lopez attended the 2018 Time 100 Gala at Jazz at Lincoln Center in a slicked ponytail with a middle parting.

Jennifer Lopez looking all gorgeous with a slicked half updo that she wore at the ‘World of Dance’ Press Junket last January 30, 2018.

Jennifer Lopez looks fierce in this pulled back high ponytail as she spotted in New York City on May 15, 2017.

Jennifer Lopez donned the sophisticated top bun at the 2017 NBCUniversal Upfront event on May 15, 2017. 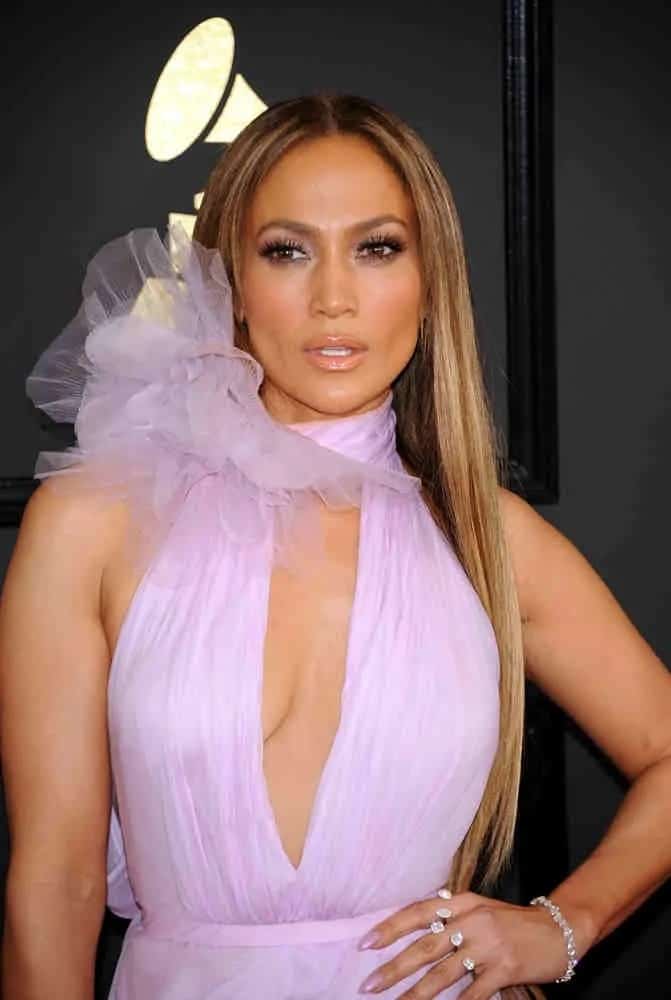 Jennifer Lopez framed her perfect face with a regular plebeian low ponytail during the People’s Choice Awards 2017 on January 18, 2017.

Jennifer Lopez pulled off a glamorous high ponytail for the Jennifer Lopez And Giuseppe Zanotti Celebrate Their New Shoe Collaboration on January 16, 2017.

A sleek and straight ultra long hairstyle is always a beauty win and JLo nailed it at the 17th Annual Latin Grammy Awards on November 17, 2016. 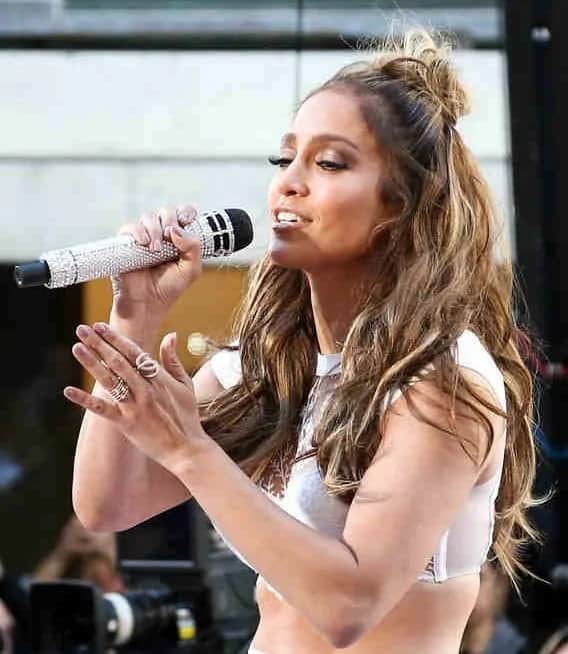 Jennifer Lopez wears a messily tousled half up bun half down hairstyle as she performs onstage at the NBC’s Today Show on July 11, 2016.

Jennifer Lopez rocks a messy but pretty top knot hairstyle at the Shades of Blue Television Academy Event on June 9, 2016.

Jennifer Lopez’s hairstyle is so feminine in a half-up ponytail as she attends the American Idol FINALE Arrivals on April 7, 2016.

Jennifer Lopez wears a classy slicked back half up half down hairstyle at the 2nd Annual Fashion Los Angeles Awards on March 20, 2016. 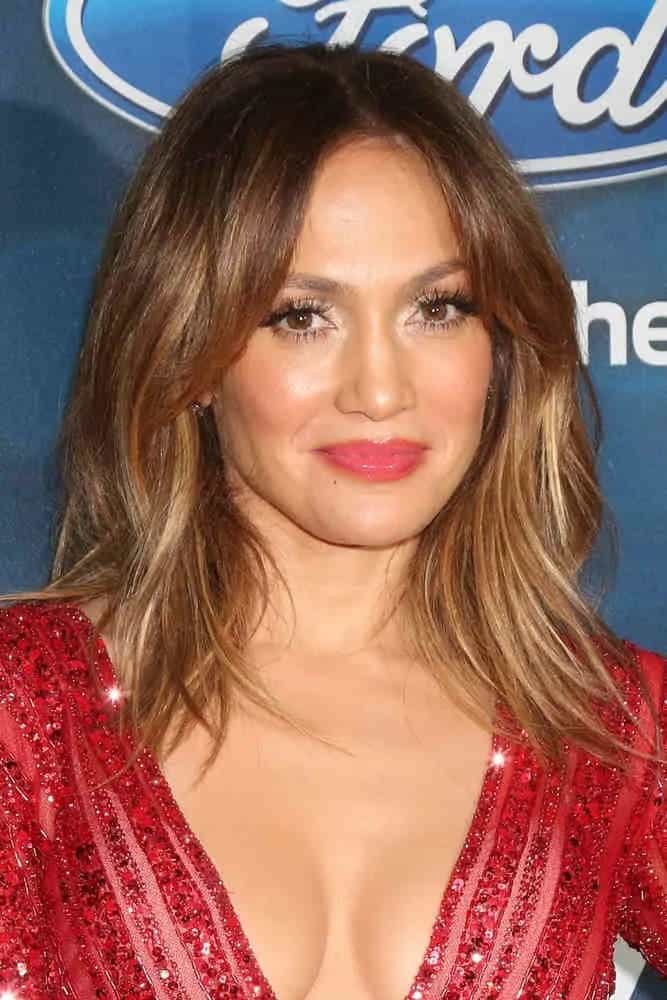 Jennifer Lopez blooms in a bob hairstyle with center-part bangs at the American Idol Farewell Season Finalist Party on February 25, 2016.

Jennifer Lopez cut her hair into a shoulder-length layered bob with a few fringed bangs that looks cute as she poses for the NBCUniversal TCA Press Day Winter 2016 event on January 13, 2016.

Jennifer Lopez rocks a vintage-inspired hairstyle with a flip at the 73rd Annual Golden Globe Awards on January 10, 2016.

This smarty-looking bob hairstyle creates a definition to JLo’s geeky look at the red carpet premiere of “Rock The Kasbah” in NY on October 19, 2015. 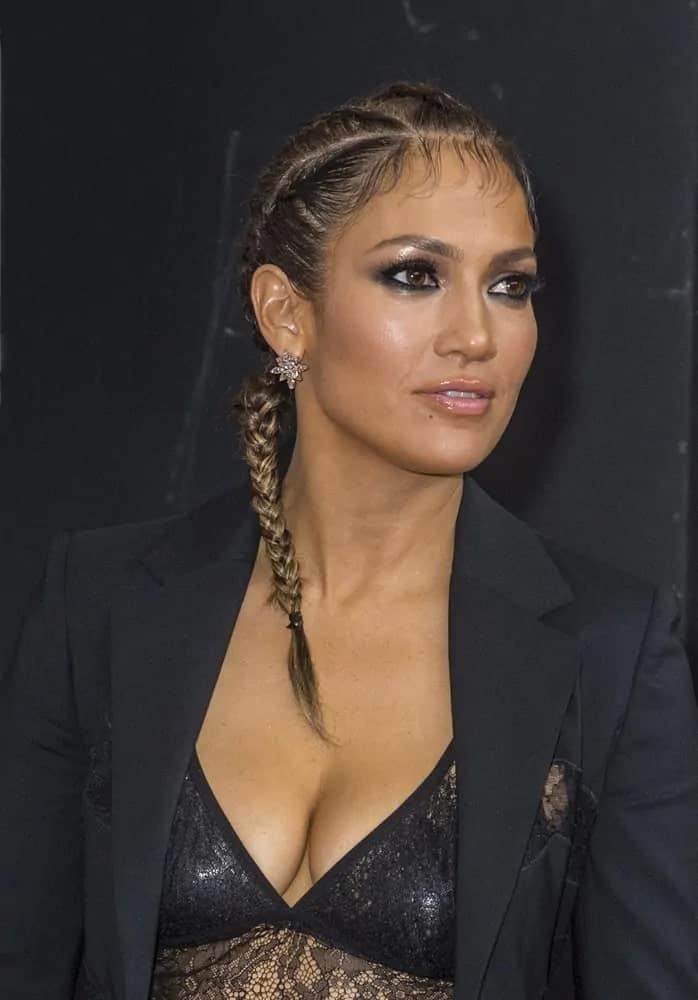 Jennifer Lopez wears her hair in boxer braids during the 2015 iHeartRadio Music Festival on September 19, 2015.

Jennifer Lopez adds some bounce on her loose center-part waves, giving her a fierce look at the 2015 Billboard Music Awards on May 17, 2015.

Jennifer Lopez wore her long straight tresses up into a tight high ponytail at the Fox Winter TCA 2015 All-Star Party on January 17, 2015. 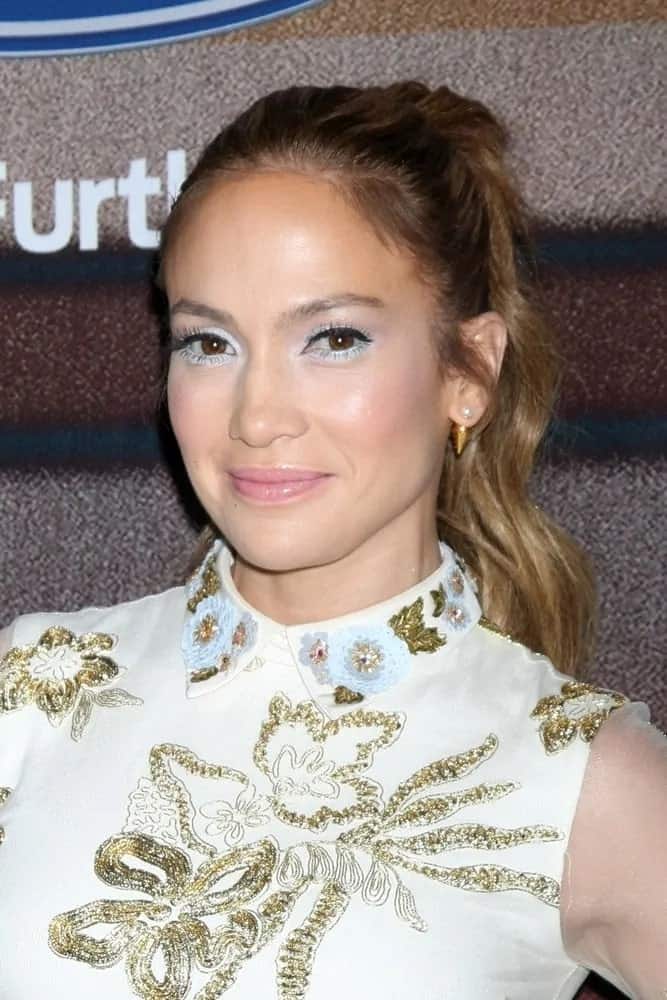 Jennifer Lopez wore her long straight tresses up into a tight high ponytail at the Fox Winter TCA 2015 All-Star Party on January 17, 2015. 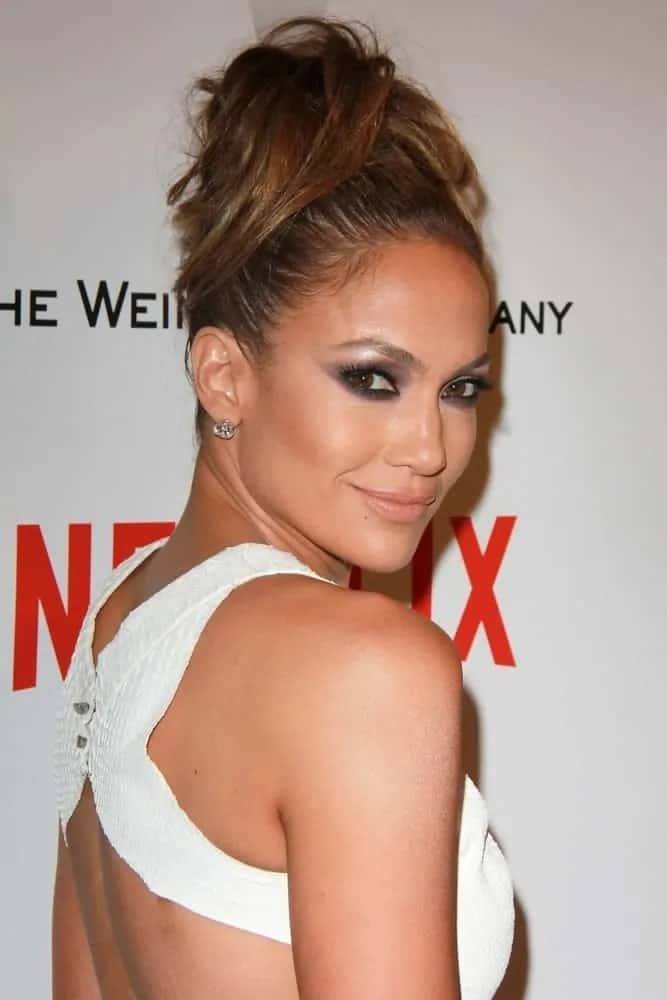 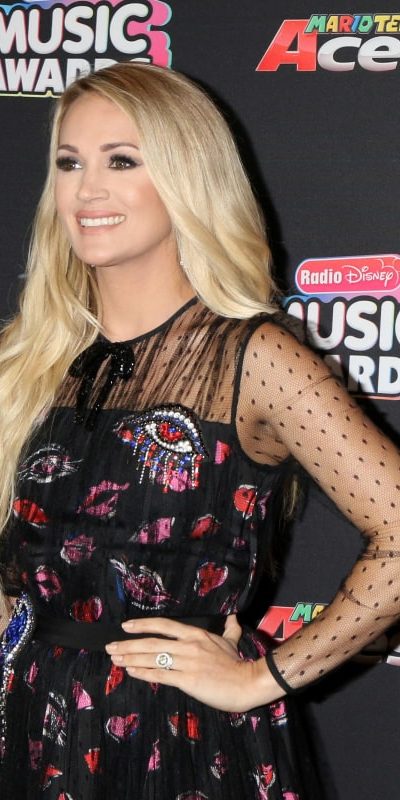