Tags:Celebrities, Men
Prev Article Next Article
Welcome to our gallery of Jude Law's hairstyles over the years. We hope you get inspired with the different classy hairstyles of this iconic talented British actor.

This English actor has mesmerized the audiences with his performances all over the years. His changing looks have been very inspiring. We have seen great transformations in his hairstyles. Recently, he went bald. Many people think that he has done a hair transplant. But that little hair in the middle really suits him. So, anyone who has less hair will surely get inspired by this hairstyle.

At the beginning of his career, his head was full of hair and it made easy to try out any hairstyle. He had shorter hairstyles at different stages of his life. The haircut exposed the forehead totally, with some long hair in the middle part. The up-style hairdo had choppy texture, giving him a cool image. In another hairstyle, his hair was cut short at the back and sides.

In front, the hair was long and swept backward giving a wavy image. Like other actors, Jude Law also experimented with long hairstyles. His hair was grown covering his entire neck. The front side was swept to one side.

Normally, he opts for dark-colored hair. But once he tried a different style. The back and sides were cut very short and the hair on the front was wavy and swept backward. The color of the hair was golden. The look was actually quite good.

Jude Law started his career by working in theatres. He played a part in the famous play The Ragged Child. For the play Les Parents Terribles he received Ian Charleson Award for his outstanding performance. He acted in Shakespeare’s Hamlet at the West End and received very positive reviews from the audience for his performance. He then appeared in televisions series including the popular soap opera ‘Families’. Jude Law has worked in a number of good films and he has received lots of praise and awards for it.

He came into prominence after acting in The Talented Mr. Ripley in 1999. He received BAFTA Award for this role and Golden Globe nomination as well. Cold Mountain released in 2003 was also one of his best movies. He received the Academy Awards for his performance. Some of his notable films include Enemy At the Gates, Road to Perdition, The Holidays, Hugo, A.I. Artificial Intelligence, etc. He also acted in the popular Sherlock Holmes movies. Throughout his career, he has worked with some renowned directors like Steven Spielberg, Anthony Minghella, and more.

Besides achieving great things in cinemas, he is also working for social causes. He is involved in a number of charity organizations and working towards fundraising activities. Jude Law is a very successful actor and the young actors have a lot to learn from him.

Here are Jude Law’s hairstyles over the years.

Jude Law walked the red carpet of “The New Pope” screening during the 76th Venice Film Festival at Sala Grande last September 01, 2019, in Venice, Italy. He wore a smart casual outfit with his short tossed up hair.

Jude Law sported a short and tousled hairstyle with highlights when he attended “The New Pope” photocall during the 76th Venice Film Festival at Sala Grande on September 01, 2019 in Venice, Italy.

Jude Law’s short curly hair was styled in a tossed up ‘do with highlights when he arrived at the “Vox Lux” Los Angeles Premiere last December 5, 2018 in Hollywood.

Jude Law was exuding a stylish aura with his semi faux-hawk hairstyle during the 73rd Venice Film Festival 2016 in Venice, Italy.

Jude Law showcased a stylish tossed fade hairstyle when he attended the 2016 photocall of ‘The Young Pope’ at the 73rd Venice Film Festival in Venice, Italy.

Back in 2016, Jude Law maximized the sexy factor of his receding hairline with a stylish tossed up hairstyle at the ‘The Young Pope’ premiere at the 73rd Venice Film Festival in Palazzo del Casino in Venice, Italy.

Jude Law sported an unkempt tousled dark brown hair at the Only Make Believe 2016 Gala MAKE BELIEVE ON BROADWAY as an honoree at St. James Theater in New York.

Last February 16, 2016, Actor Jude Law kept it classy and sexy in his dark gray suit and short hair with curly spikes at the ‘Genius’ premiere during the 66th Berlinale International Film Festival.

Actor Jude Law showcased his brooding sexy eyes with his tossed up and spiked hairstyle at the ‘Genius’ press conference during the 66th Berlinale International Film Festival last February 16, 2016.

Jude Law pulled off the salt and pepper hair color with a side-parted style while filming some scenes for the movie “The Young Pope” in the gardens of Villa Pamphili in 2015.

Jude Law sported his signature hairstyle of stylishly spiked hairstyle with curls and highlights at the Pioneer Dinner during CinemaCon 2015 at Caesar’s Palace in Las Vegas, Nevada.

Jude Law wore a very short hair and five o’clock shadow to emphasize his brilliant green eyes at the 20th Century Fox 2015 Presentation at Cinemacon at the Caesar’s Palace on in Las Vegas, CA.

Jude Law attended the premiere of “Side Effects” at AMC Lincoln Square Theater last January 31, 2013 in New York City. He wore a smart gray suit with his short and slick hair complemented with some highlights.

Actor Jude Law sported a raven tossed up hairstyle when he attended the ‘Side Effects’ Photocall during the 63rd Berlinale Festival at the Grand Hyatt Hotel on February 12, 2013, in Berlin, Germany.

Jude Law was at the 63rd Annual Berlinale International Film Festival “Side Effects” premiere at Berlinale Palast last February 12, 2013, in Berlin, Germany. He wowed with his classic tux and slick neat hairstyle.

Jude Law was ruggedly handsome with his short beard that goes perfectly well with his short tossed up hair at the World Premiere of Anna Karenina at the Odeon Leicester Square in London last September 4, 2012.

Jude Law looked elegant with his white bow tie and short spiky dark brown hair at the ‘Pirates of the Caribbean: On Stranger Tides’ premiere at the Palais des Festivals last May 14, 2011 in Cannes, France.

Jude Law’s short crew cut hair with highlights were styled into waves and spikes at the photocall for The Jury at the 64th Festival de Cannes last May 11, 2011 in Cannes, France.

Jude Law and Sienna Miller enter The Mark Restaurant by Jean-Georges for the Celebrity Candids-Monday in New York City last May 3, 2010. Law was classy in his black suit and dark brown short curly hair.

Jude Law dyed his hair black and styled up with a spike when he posed for a photo with co-star Robert Downey Jr for the New York premiere of their movie “Sherlock Holmes” in 2009.

The talented actor Jude Law sported a very short and flattened hairstyle almost like it just grew from a buzz cut at The Day After Peace photocall at Majestic Beach last May 19, 2008, in Cannes, France.

Actor Jude Law arrived at the ‘My Blueberry Nights’ premiere and 60th International Cannes Film Festival Opening Night last May 16, 2007 in Cannes, France. He exuded confidence in his tux and tousled spiky hair with highlights.

Jude Law had a short brown hair spiked and styled into a masterpiece at the photocall for his new movie “My Blueberry Nights” at the 60th Annual International Film Festival de Cannes last May 16, 2007.

Jude Law’s short dark hair was tossed into a wavy and spiky style when he attended the Sleuth photocall during Day 2 of the 64th Annual Venice Film Festival last August 30, 2007 in Venice, Italy.

Jude Law wore a side-parted dark hairstyle at the gala premiere of “All The King’s Men” during the Toronto International Film Festival in 2006.

Actor Jude Law looked absolutely gorgeous with his medium-length side-parted hairstyle with some curls flipping at the tips of his hair when he attended the New York premiere of “The Holiday” in 2006.

Actor Jude Law was at the Los Angeles premiere of his new movie Casanova last November 13, 2005 in Los Angeles. He wore his classy black suit and paired it with short dark brown hair with curls at the top.

Jude Law looked dapper in his dark brown suit and short spiky highlighted hairstyle during the Los Angeles premiere of his movie “Closer” in 2004.

Jude Law looked dashing with hi golden curls tossed up when he attended the 2004 world premiere of his movie “Sky Captain and the World of Tomorrow” at Grauman’s Chinese Theatre in Hollywood.

Jude Law looked classy and androgynous with his eye-catching curly blond hair with a tousled finish during the New York premiere of “Alfie” at Ziegfeld Theater in 2004.

Jude Law sported a classy three-piece suit to pair with his dark brown hair slicked back for a vintage look at the 76th Annual Academy Awards in Hollywood last February 29, 2004.

Jude Law sported a short brown haircut with a sort of messy quiff when he attended the celebration of the words and music of “Cold Mountain” at Royce Hall, UCLA on December 08, 2003, in Los Angeles, CA.

Jude Law wore his short brown hair slicked and side-parted with curls at the tips when he attended the Golden Globe Awards at the Beverly Hills Hilton Hotel last January 19, 2003.

Jude Law looked ruggedly handsome with his beard and dyed black hair slicked back during the New York premiere of “Road to Perdition” in 2002.

Jude Law went for an edgy style with his buzz cut hairstyle and five o’clock shadow at the 2001 world premiere of “Artificial Intelligence” in New York.

A young Jude Law sported a short curly hairstyle when he posed with his then-girlfriend, actress Sadie Frost, at the Los Angeles premiere of his movie “The Talented Mr. Ripley” in 1999. 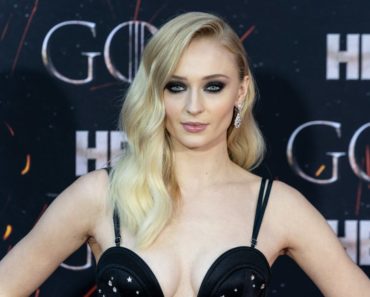