Artists have to make so many sacrifices for acting. They often need to come out of their own shell and be someone else. As a result, they need to bring in changes in their hairstyle and getup. Sometimes, they have to carry these styles into their off-screen lives as well.

Movie stars often change their hairstyles, and many times, it’s due to the roles they play in the movie. Natalie Portman is a very talented artist who achieved a lot at a very young age. She has undergone several transformations in her hairstyle over her acting career.

During the early years, she had a bob cut style most of the time. She had a straight bob with fringes and blunt bangs on the front. She also had a curly bob. She experimented with her hair color as well. She had black, brown and even brunette shades. She was seen in the twenties curls at a party in 2003. She then moved to the mid-length hairstyle.

This style of hair suits her innocent face very well. It gives her the elegant feminine look. She has tried from straight to wavy mid-length hair. She has put on different shades as well. She chose highlights from brown, brunette, chestnut, etc. Up-dos good look on her as well. In several events, she had chosen this hairstyle. Sometimes, she went for the curly updos and sometimes the straight ones.

In her career, from the very beginning, she has proved herself to be a serious actress. She not only appeared in highly commercial films but also acted in films with serious stories that needed high-class acting skills. Her best performance so far was in the film Black Swan. Her first film was Leon: The Professional which was released in 1994. This film got her many other films offers including Heat, Mars Attacks!, Beautiful Girls, etc. Her acting is brilliant in all these films. For her, the real fame came from the first sequel to the movie Star Wars. She played the role of Queen Amidala in this movie.

She later acted in the following sequels of the same movie and gained huge popularity. She has won a number of awards. She is the youngest actress to win the Academy Award for Best Actress. She won this award for her performance in Black Swan. She also received the Golden Globe Award for the same movie. She got an Oscar nomination for Closer and Academy Award nomination for Jackie.

She was the youngest jury member of the Cannes Film Festival in 2008. Not many people know that she is also a Harvard graduate. This talented actress has a long way to go and lots more to achieve in future.

Here are Natalie Portman’s hairstyles over the years.

Pregnant Natalie Portman, who threw her hair up into a vintage updo, wore a majestic flowing white Dior dress, giving her an ethereal look at the 23rd Annual Screen Actors Guild Awards held at the Shrine Expo Hall in Los Angeles on January 29, 2017. 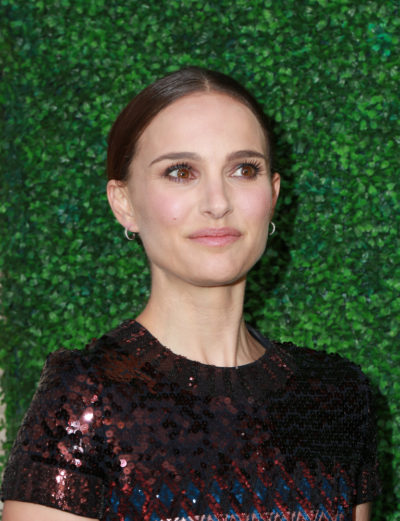 Natalie Portman with long upstyle hair at the Nazarian Center for Israel Studies fifth Annual Gala 2015. She looks elegant, as ever, in her short sequin-dress. 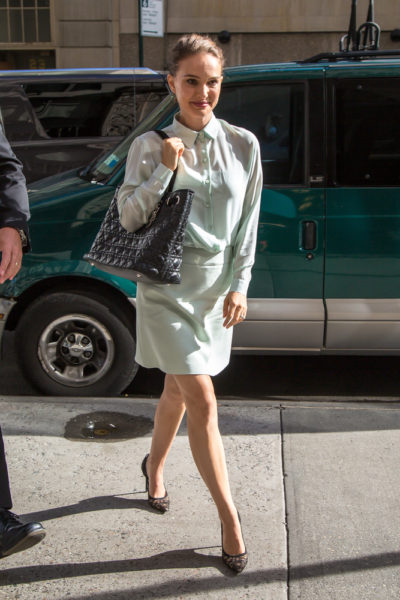 Natalie Portman with her upstyle hair seen in Midtown, New York 2016. Even in ordinary days, she looks very elegant with her usual hairstyle; natural-looking yet very classy.

Natalie Portman with her classy hairstyle at the 20th Annual Hollywood Film Awards 2016. She looks blooming in her black dress with her baby bump; very classy and elegant. 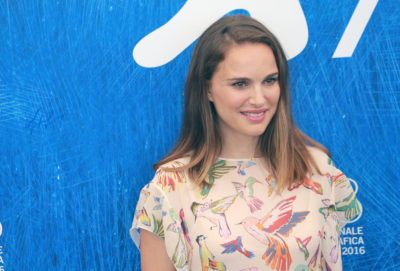 Natalie Portman with her straight brunette hair at the 73rd Venice Film Festival 2016. Her natural-looking style is perfect for her bird-printed dress; she looks simple yet very classy. 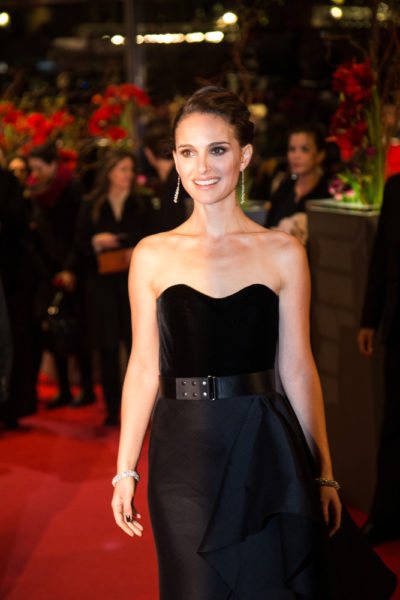 Natalie Portman with her long brunette upstyle hair at the premiere of the 'Knight of Cups' 2015. She just looks stunningly elegant in her black dress. 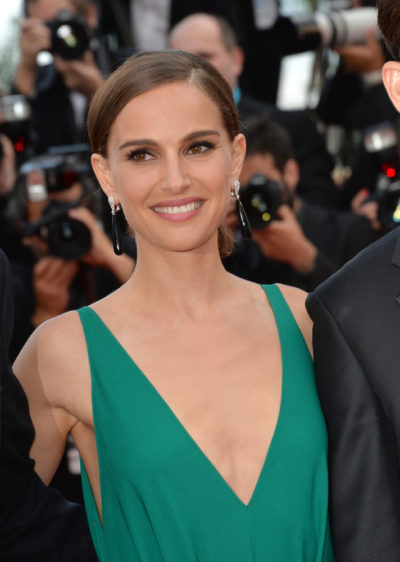 Natalie Portman with her hair pulled into an upstyle hairstyle at the gala premiere for "Sicario" 2015. She looks very elegant in her green long dress with perfect with her beautiful smile. 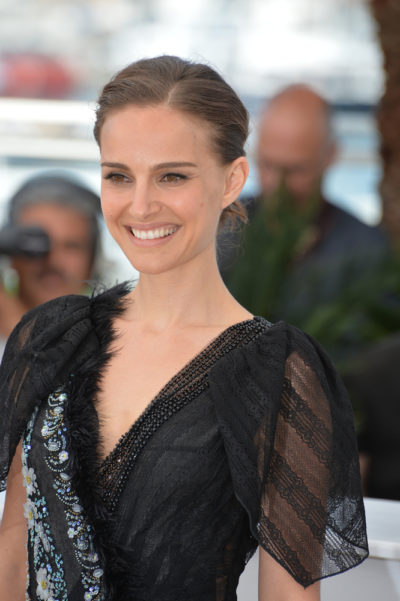 Natalie Portman with her upstyle hairstyle at the 68th annual Cannes Film Festival 2015. A natural-looking style that makes her very elegant, perfect for her black bead-studded dress. 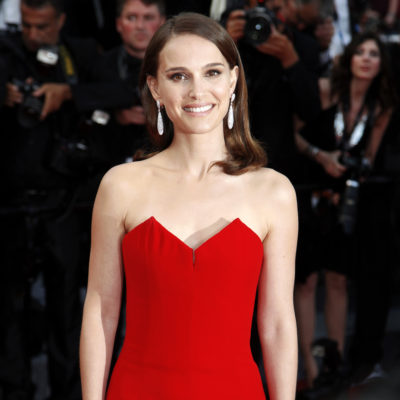 Natalie Postman with her medium-length hair at the ceremony of the 68th Cannes Film Festival 2015. She looks stunningly gorgeous in her red dress; very elegant. 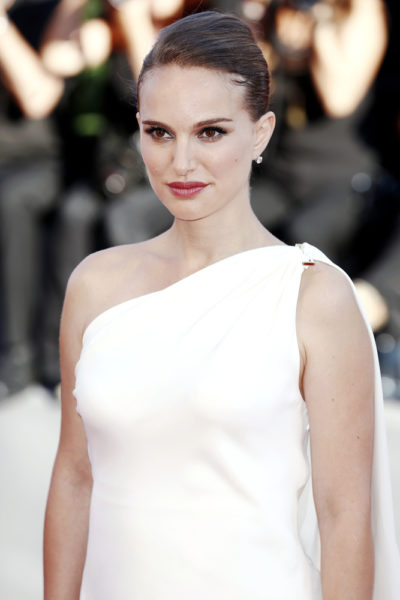 Natalie Portman with her elegant upstyle hairstyle at the premiere of 'Planetarium' during the 73rd Venice film festival 2016. She looks stunning in her white long dress; very elegant and classy. 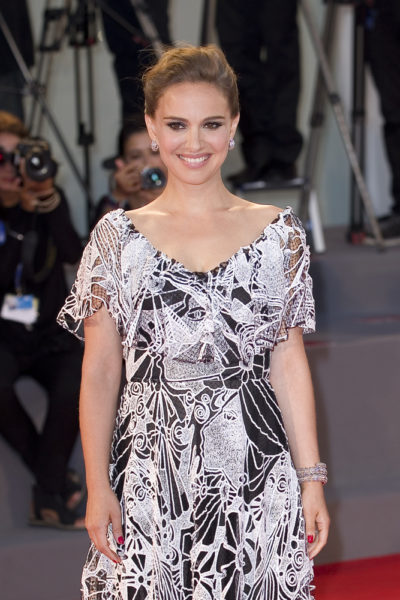 Natalie Portman with her hair pulled into an upstyle hairstyle at the premier of 'Jackie' during the 73rd Venice film Festival 2016. She looks very elegant with black and white abstract dress. 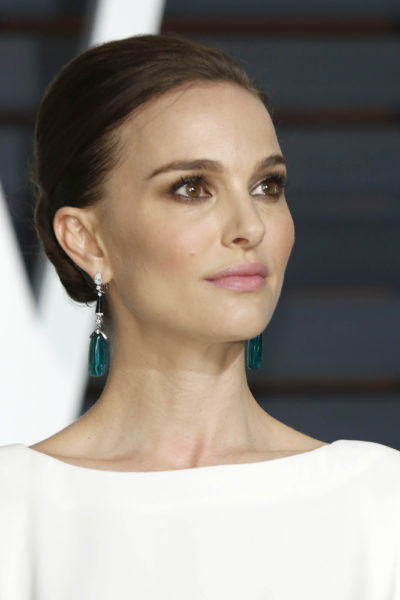 Natalie Portman with her classy upstyle hairstyle at the Vanity Fair Oscar Party 2015. As ever, she looked elegant and stunning in her white dress.